Kunekune pigs (pronounced “cooney cooney”) are a smart option for small farms. Kunekune means “fat and round” in the Maori language. These tasseled, sweet-tempered, medium-sized pigs hail from New Zealand. While no one knows for sure, they are thought to be a cross of Berkshire, P Females weigh 100 to 175 pounds on average, while males weigh 200 to 250 pounds or more. They don't challenge fences and have small, upturned snouts that discourage rooting. Kunekunes are grazing pigs that can thrive on modest inputs, making them an attractive breed when grain costs are rising. Kunekune pork has been dubbed "excellent" by Los Angeles chefs. Kunekunes have no odor, are gentle, and are child-safe. This makes the neighborhood happy, and both children and adults enjoy coming over.

Even on small  lot that are surrounded by neighbors.  A 4ac pastures can support two boars, eight sows, and their piglets, according to our county conservation agency. However, one boar can easily maintain eight sows.

The hairy coat of a Kunekune identifies them. They have longer hair than pot-bellied pigs, and most of them have wattles, sometimes known as pire, that dangle from their lower jaw. Their coat is comes in a multitude of hues, and the hair can be smooth, bristly, or coarse. The hair of kunekune pigs varies depending on the time of year or season, since they go through a major shed in the summer, thus it may appear to be an entirely different pig than it does in the winter. If you decide to keep your kunekune indoors, make sure it has its own space or room. Many people construct little kennels in the corner of their homes for them, while others give them with a toddler bed or even a tent to sleep in. They enjoy to move both inside and outside, so make sure they have ample access to the outside. Because kunekune may weigh up to 400 pounds, they require plenty of room to move about and lie down. You shouldn't purchase a kunekune if you don't have enough space to house a 400-pound pig.

The majority of kunekune owners keep their pigs in a barn or outdoors. Because grass is their primary food source, they flourish in a secure fenced-in area (sometimes with a live wire) where they may come and go and sleep on straw or other bedding in a well-ventilated shelter. They don't fare well in hot weather, so provide them with plenty of shade and ventilation. They will roll around in the mud to keep cool and avoid being bitten by flies if it becomes too hot. Pigs are unable to control their body temperature since they only sweat on their snouts.

Raising Kunekune Pigs Has Its Advantages 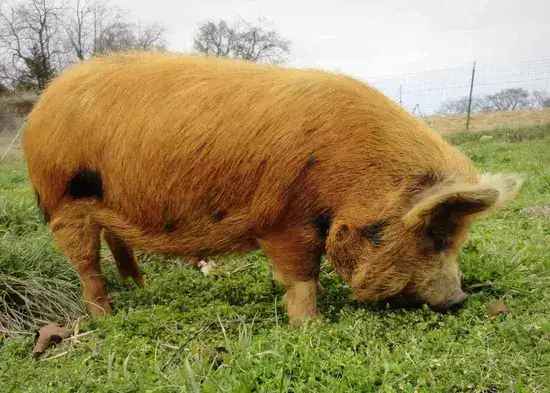 You won't find a finer pig breed than the Kunekune if you're rearing pigs as pets. It is not a large breed, therefore it may be ideal for someone who is new to breeding pigs and does not want to cope with a colossal boar! They're also amiable and simple to teach, which, along with their small size, makes them some of the greatest pet pigs available.

Kunekune pigs are among the nicest and most well-behaved pigs available. Of course, the personality of the particular pig ultimately determines this. Some hogs are just inherently naughtier than others, just like people.Kunekune pigs, on the other hand, are noted for being laid-back. When you go inside the pen, you won't have to worry about them coming after your toes! They are also noted for their ability to work well with youngsters. They do not pinch or harass as much as other pig breeds.


3. It's Ideal for Small Spaces

For a variety of reasons, I usually recommend rearing pigs on pasture. It not only helps spread faeces so you don't have to deal with large heaps of pig dung to shovel, but it also enhances soil fertility. Furthermore, growing pigs on grass is beneficial for their health. They'll have lots of space to roam and root, and they'll be less likely to get into mischief due to boredom!

Kunekunes, on the other hand, are great for raising pigs in a smaller enclosure. They are less inclined than other more curious breeds to test fences, which is a big plus if you don't want your pigs to get out all the time. Kunekune pigs have a special anatomical trait that prevents them from rooting and destroying grass. They have shorter and more upturned snouts than other pigs. As a result, while they will still root (a natural activity for all pigs, independent of breed), the consequences will be less devastating! For another important reason, Kunekune pigs are ideal for pasture-raising. They enjoy munching on grass!

Actually, no pig will turn down some fresh greenery, but Kunekune pigs are unique in that they adore green grass. They may readily be kept on grassland without requiring as much grain or commercial feed as other livestock. This not only allows you to produce better meat, but it also allows you to spend less money.

Do you enjoy consuming lard? If that's the case, you should try rearing Kunekune pigs.  Depending on there diet. They can gain a lot of fat rather than muscle, making them excellent lard pigs to rear. Some people claim that Kunekune pigs have no odor, but this has never been my experience with any pig. An "odorless" pig is really one whose excrement has been carefully prepared for by the farmer. Because they are commonly kept on pasture, I believe Kunekunes are often mistaken for odorless. This implies that the manure is distributed across a broader region. Barns aren't as common a place for them to be grown. Because Kunekunes thrive in pasture, you can acquire the same amount of pork for less money. You won't have to spend as much money on them, and you won't have to spend as much time carrying dung away.

How to Raise Kunekune Pigs

Raise your Kunekune pigs on grass if possible. This will not only save you room in your shelter, but it will also boost the quality of your soil and help disperse the manure about. Kunekunes do extremely well when reared on pasture for all of the reasons I outlined previously in this essay. You should rotate your pastures when space allows - I understand this may not be practicable on smaller farms. You may move your pigs as often as your time and room allow. This will allow the grassland or woodland region to “recover” before the pigs return. Although Kunekunes do not root as much as other pig breeds, they still do some harm to your pastures.

Most of the time, you'll need to supplement with a regular feed. You may either feed twice a day, once in the morning and once at night, or set up an automated feeder. The amount of feed you'll require is determined on the size and age of your pig, as well as the quality of the available pasture. Kunekunes, like any other pig, enjoy being given treats such as fruit and vegetable scraps, dairy, brewery waste, and grass waste. It's also good to have a bread or pastry treat now and then. Simply stay away from meat. When your Kunekunes aren't on pasture in the winter, the best option to feed them is alfalfa hay. Kunekunes are one of the few animals that will eat hay. Many pigs, however, will not. You'll most likely need to do this again. You don't need much in the way of housing for your Kunekune pigs, aside from some modest cover to keep them out of the weather. You may create a three-sided barn or a simple overhang to provide them with a spot to cuddle. Except for extreme cold and heavy snow, a three-sided barn is ideal for practically all weather situations. If you want to maintain Kunekunes during the winter, you'll might need a barn (though it's worth noting that they're considerably more cold-tolerant than many other pig breeds). Unless you have piglets born in cold weather, kunekunes, like other pigs, do not require extra heat. Just make sure there's enough of bedding.They'll generally do all of their "business" in one part of the shelter, which makes clean-ups in the spring a lot easier.

Except for the things you'd do for any other pig breed, Kunekunes have very little health demands and care requirements. To ensure that your pigs do not get any parasites from the soil, you  need to deworm them. During the breeding season, you'll need to pay extra care to your sows and boars. Kunekunes follow the same timetables and display the same habits as other pigs when it comes to farrowing and breeding. When it comes to growing Kunekune pigs against pigs of other breeds, there are just two things to keep in mind.  The first is the fact that Kunekune boars have enormous tusks. Despite the fact that these pigs are not violent and rarely use their tusks against other pigs, you should file or trim them down. Accidents can be avoided as a result of this. This can be simple to accomplish at home, although I haven't tried it myself. You should also be aware of the risks associated with overfeeding your Kunekune pig. This is a concern for all pig owners (not only Kunekunes), but the risk is greater with Kunekunes. This is due to their proclivity towards becoming overweight.